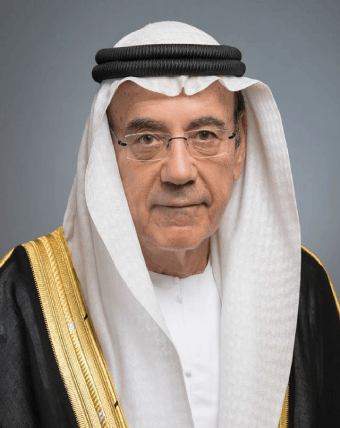 His Excellency Mr. Zaki Anwar Nusseibeh is the Cultural Advisor to His Highness the President of the UAE Sheikh Mohamed bin Zayed Al Nahyan, and the Chancellor of the United Arab Emirates University.

His continuous government service dates back prior to the foundation of the UAE. His Excellency functioned as the personal interpreter and adviser to the founder and first President of the UAE, His Highness the late Sheikh Zayed bin Sultan al Nahyan, from the late sixties until 2004. During his career he also served as a Minister of State in the UAE Government, Press then Cultural Adviser to the UAE Ministry of Presidential Affairs, and Cultural Adviser to the second President of the UAE, His Highness the late Sheikh Khalifa bin Zayed. He was the inaugural Director of Information in the UAE Federal Ministry of Information and established and managed the Office of Public and Cultural Diplomacy in the Ministry of Foreign Affairs and International Cooperation. As Deputy Chairman of the Abu Dhabi Authority for Culture and Heritage, His Excellency helped develop strategies that promulgate understanding of UAE culture and values and advance international political, economic, and societal cooperation.

His Excellency helped establish the Sorbonne University Abu Dhabi in 2006 and served as the Chair of its Board of Trustees until September 2022. He chaired the UAE National Rhodes Scholarship Selection Committee for its first years and is a member of the Board of the Emirates Diplomatic Academy, the Sheikh Zayed Book Award, the Board of the Institut du Monde Arabe in Paris, the Board of the International Prize for Arab Fiction. He has also held Board roles at the Middle East Center at the London School of Economics, the Alliance Française in Paris, the Aga Khan Museum in Toronto, and the ‘Friends of Bayreuth: The Wagner Society’ in both Leipzig and Abu Dhabi.

HE has been elected to the following Academies:

His Excellency holds an M.A. in economics from Queens’ College, University of Cambridge and an honorary PhD in Human Sciences from the Al Quds Arab University in Jerusalem.

His Excellency has received many honours for his services to cultural diplomacy nationally and from foreign governments and international institutes. These include: